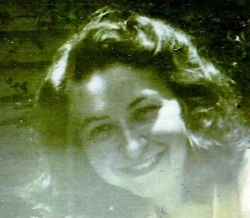 Wilma, or Jean as she was known to family and friends, was born to William F. and Naomi (Copeland) Irby, on April 23, 1927. Wilma Jean began her professional life in the county clerk’s office of her father in Clay County, Arkansas. Upon graduation from high school, she moved to Washington DC to start a career in civil service. She eventually moved back to Arkansas where she met her husband, William Burnette Fridenberg, who had just returned from serving in World War II. While married, Wilma Jean worked on the hobbies of many women of the times. She developed the skills of sewing, designing clothing for women and children, painting, and writing, all while nurturing her interest in history and genealogy.

A graveside service will be held at 2:00 P.M. on Tuesday, January 28, 2020, at Woodland Heights Cemetery in Rector, Arkansas. Friends and family are asked to gather at the cemetery.

Expressions of sympathy in memory of Mrs. Fridenberg may be made to the charity of the donor’s choice and will be received at Zieren Funeral Home, 1111 Clinton Street, Carlyle, IL 62231.