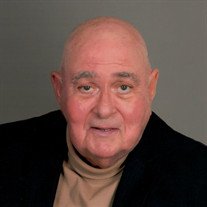 Darell Bellm graduated from St. Paul High School in 1958. He completed his accounting degree from St. Louis University in 1963 and received his CPA.Darell has served his community, his church, and youth of our area over the past 50 years. He managed and coached the American Legion baseball organization, the Little League baseball in the community for almost 30 years as a coach, umpire, manager, and league officer. He was active in the Jaycee organization for many years, serving as treasurer, vice president, and president. In his church, Darell has been on the parish council, a member of the choir, and served as treasurer of the Kirchenfest for several years. Darell served on the St. Paul Board of Education and the Springfield Diocese Board of Education. Following the closing of the St. Paul High School, he also served on the Highland CUSD No. 5 Board of Education for 20 years, presiding as president for 13 years.

Darell has shown his leadership and dedication in serving the community, all without compensation.