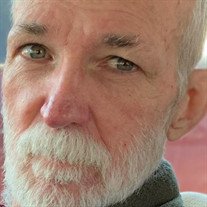 Keith Douglas Schulze ascended to be with his Lord on Saturday, February 08, 2020, at Highland Health Care Center in Highland, IL. Following a long and difficult battle with cancer he lived to the age of 56 years.

On December 15, 2005, he married Debra Kay Bender who survives in Highland, IL.

He was a member of Christian Motorcycle Association.

Keith was a driver for Trans United of Indiana and took great pleasure in crossing the states from coast to coast many times, making many friends along the way. Keith was of great faith, making his profession of faith in his Savior and was baptized at an early age. He had a strong desire to become a minister and being a “people person” it is assured he is getting reacquainted with his mother and grandparents and a heavenly host of new friends.

He was preceded in death by :
Mother – Zella Mae Schulze Wasko nee Wofford

Celebration of Life Services will be at 6:30 PM on Saturday, February 22, 2020, at Highland Hope United Methodist Church in Highland, IL.

Interment will be at a later date at McCubbins Cemetery in Knoxville, Tennessee.

Memorial contributions may be made to The Family or Highland Animal Shelter.