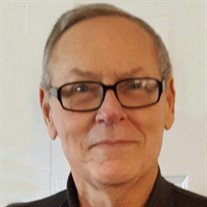 He was a member of Evangelical United Church of Christ, Highland, IL.

He was born and raised in Highland, IL; graduated from Highland High School in 1962. He worked for the City of Highland for 40 years as a Meter Reader. As a meter reader he always had one additional job. He was a referee for the Highland Weinheimer men’s basketball league. He and his wife owned and operated a rural paper route for 10 plus years; then the Wedge Quick Shop for many years. He coached Khoury league girls softball; many of those years he coached his daughters (he and his wife were both team managers). He enjoyed time in their family swimming pool, hosting pool parties and socializing “talking”.

Funeral Service will be at 10:00 AM on Friday, February 14, 2020, at Spengel-Boulanger Funeral Home in Highland, IL, with Rev. Eric Quinney-Burnard, officiating.