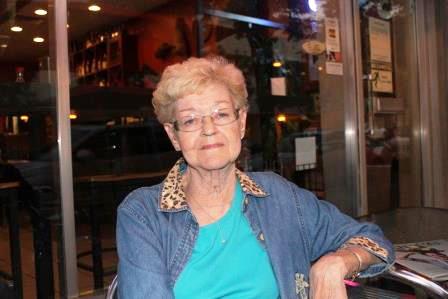 Funeral services will be held at 3:00 p.m. Saturday, February 8, 2020 at the Donnell-Wiegand Funeral Home with Pastor Deborah Somerville officiating. Interment will follow in Mt. Auburn Cemetery. The family will receive friends from 2 p.m. Saturday until service time. For those who desire memorials may be made to the El Cajon Valley Lion’s Foundation.

Margaret Ann Donnell, the daughter of H. Denny Donnell and Faith Corson Donnell, was born on March 30, 1940 in Vandalia, IL. Margaret grew up in the Donnell Funeral Home, attended Central and Inglis Schools and graduated from Greenville High School in 1958. She attended SIU in Carbondale and then the Alton Beauty School where she became a beauty operator. Margaret lived and worked in Chicago for a time. In 1964, she helped her brother Denny and family drive to Berkley, California, where their second daughter was born 7 days after arrival. Margaret then moved to San Diego where she met her husband to be, Tony Forchette.

Margaret is preceded in death by her parents Denny and Faith Donnell and her daughter-in-law Anne Forchette.

Marge as she was known in California had a very active life there running an Antique Shop for several years after her father’s death. Marge was an active member of the Lioness Club and became a Lion with the Heartland Lions Club. She served there as secretary, treasurer and president and was instrumental in their Fashion Show for over 25 years. Marge is now a member of the El Cajon Valley Host Lion’s Club.

In Lieu of flowers, donations can be made in Marge’s name to the El Cajon Valley Lions Foundation c/o Paul Tremblay, PO Box 1087 El Cajon, CA 92022.