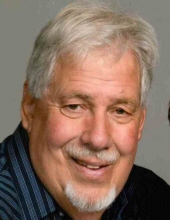 Michael Joseph Marchello, 70, of Chrisman, Illinois, passed away at 12:15 p.m. Tuesday, February 18, 2020, at Carle Hospital in Urbana, Illinois. He was retired after over twenty years with Archer Daniels Midland Company. He enjoyed operating a number of small businesses after retirement, including Marchello Spray Service.

He was born January 9, 1950, in Highland, Illinois, the son of the late George Joseph and Juanita (Willman) Marchello. He married Mary Nave on August 29, 1970, at St. Lawrence Catholic Church in Greenville, Illinois, and she survives.

Mr. Marchello earned his Bachelor’s Degree in Biology from Eastern Illinois University in 1973, and his Master’s in Agricultural Economics from the University of Illinois in 1975. He was a member of St. Mary’s Catholic Church of Paris, Illinois, and a member of the Paris Knights of Columbus. Mike was a hard worker who had farmed in his younger years. Later, he enjoyed the challenges and personal interaction of his small businesses, most recently in making and selling barnwood crafts. Outgoing, sociable, and generous, Mike could often be found volunteering and working behind the scenes to care for the needs of others. He will be remembered as a loving and caring husband and a fiercely devoted father who never stopped providing for his family.

For those who wish, the family suggests that memorials be made to the Compassionate Food Pantry or to Paris Knights of Columbus.

Mass of Christian Burial will be celebrated at 12:00 p.m. Tuesday, February 25, 2020, at St. Mary’s Catholic Church in Paris. Visitation will be from 4 to 6 p.m. Monday at Templeton Funeral Home in Paris. Interment will be private in St. Lawrence Cemetery in Greenville at a later date.