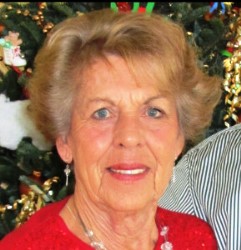 She was born February 21, 1940 in Germantown, the daughter of the late George and Emelia, nee Billhartz, Robben.

Mrs. Kniepmann along with her husband, were owners/operators of Kniepmann’s Country Store and the Germantown IGA in Germantown. She enjoyed cooking, gardening, golfing, watching the St. Louis Cardinals, and most of all spending time with her children, grandchildren, and great-grandchildren.

She was a member of St. Boniface Catholic Church in Germantown and the Lake Regional Hospital Auxiliary in Osage Beach, MO.

In lieu of flowers, plants, and other gifts, memorials may be made to American Parkinson’s Disease Association and will be received at the church or through Moss Funeral Home in Germantown who is serving the family.