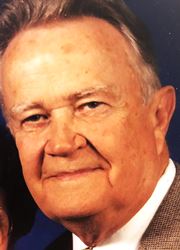 Herbert H. Coates, 90, entered the gates of heaven at 1:45 a.m. on Wednesday, February 12, at Lincolnshire Place: A Memory Care Facility, Decatur, Illinois, with family members by his side. Visitation will be from 4 to 8 p.m. Sunday, February 16, and from 9 to 11 a.m. on Monday, February 17 with funeral at 11 a.m. Visitation and Funeral Services will be held at Greenville Free Methodist Church, Greenville, Illinois.

Herb was born November 5, 1929, in Springfield, Illinois, to Rev. C.H. Coates and Fadra Smith Coates. He attended Feitshans High School in Springfield, Illinois, graduating in 1947; and graduated from Greenville College (now University) in 1955 with a Bachelor of Arts degree in Philosophy and Religion. Elected to the Greenville College Board of Trustees 1968-2005, he served as board secretary 1978-2000.

Herb was married in 1951 to Mary Louise Britt of West Lafayette, Indiana. She preceded him in death October 15, 2012.

The family would like to thank the administrators and staff of Lincolnshire Place: A Memory Care Facility for their loving care for the past four years; and staff of Safe Haven Hospice.