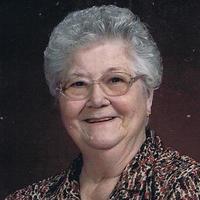 She was born on Monday, April 9, 1928 in Shoal Creek Township, Bond County, IL. She was the daughter of Henry and Clara (Hamann) Schweppe.

Beulah was a Homemaker and she also worked as a Seamstress for the Marine Dress Factory in Marine, IL and in her spare time she also sold Stanley Home Products.

Funeral Services for Beulah Urban will be held on Wednesday, March 11, 2020 at 11:00 AM at the Holy Cross Lutheran Church in Livingston, IL with Pastor Darwin Schrader and Pastor Randy Davis officiating.

Memorial contributions in memory of Beulah Urban can be made to the Family.

The Lesicko Funeral Home in Livingston, IL is privileged to take care of the arrangements and services for Beulah S. Urban and her Family.