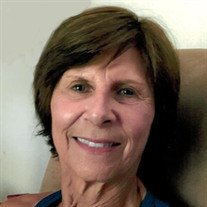 She was born on November 14, 1950, in Highland, IL, the daughter of Donald and Nancy (nee Henss) Anderson.

She was a member of Saint Mary’s Catholic Church in Edwardsville, IL.

Deb was born in Highland, IL and grew up in Trenton. She graduated mater Dei High School in 1968. She attended college and earned a Bachelors Degree in Teaching. She taught at St. May’s School in Edwardsville and at Our Lady Queen of Peace School in Bethalto. She retired early to care for her husband who had been injured in an accident Deb enjoyed playing Pickle Ball, Golf, and Zumba. She loved spending time with her family and her pet dog Shelby.

Interment will be at Calvary Cemetery in Edwardsville, IL at a later date.

Memorial contributions may be made to Heartland Hospice or Dachshund Rescue of St. Louis.