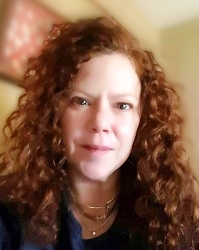 Jacki was born on May 11, 1970 and was raised in Edwardsville. She attended Edwardsville High School. Jacki was an animal lover who cared deeply for her three cats (and many strays). Jacki was loved by many friends and will be dearly missed.

A Memorial service will be held at a later date. Donations in Jacki’s memory are suggested to the Clinton County Humane Society and will be received through Zieren Funeral Home, 1111 Clinton Street, Carlyle, IL 62231. Please share a memory or condolence with Jacki’s family by visiting www.ZierenFuneralHome.com.