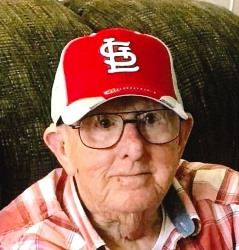 In addition to his parents, he was preceded in death by his wife Sarah, nee Reeder, Milligan, whom he married September 5, 1953 in Moline, IL and who died October 22, 2007; brother, Thomas Milligan; sister-in-law, Irma Milligan; father-in-law and mother-in-law, George and Ruth, nee Browning, Reeder; and an adolescent sister.

He was a member of St. John’s United Church of Christ in Trenton and a former member of the Trenton Cemetery Association. He was an avid reader and sports fan, especially following the Wisconsin Badgers, St. Louis Cardinals, and the San Francisco 49ers. His grandchildren will always cherish their time with “Pawpaw” and all the stories he shared.

Memorials may be made to St. John’s United Church of Christ in Trenton and will be received through Moss Funeral Home in Trenton who is serving the family.