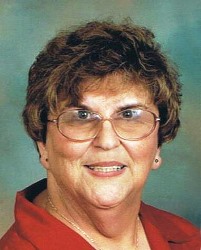 She was born October 2, 1947 in Santa Barbara, CA, the daughter of the late Harry and FayAnn, nee Webb, Fishkin. Kaytie graduated from Santa Barbara High School in 1965 and enlisted in the US Navy. She served as a hospital corpsman during the Vietnam era. She graduated from Allan Hancock College in 1976. Kaytie married Philip Torango on June 15, 1969, and the marriage ended November 27, 2007.

Kaytie is survived by three daughters, Kyra Fay (Sean) Siverly of Grand Rapids, MI, Michelle Colwell of Hyde Park, NY, and Major Jillian (Amy) Torango, USAF, Ret. of Ewing, MO; three fantastic grandchildren, Lennon, Katya, and Ian; brother, Tom (Cathy) Fishkin of Santa Barbara, CA; sister, Susan (Phil) Nutzhorn of Brookings, OR. Family also includes many nieces, nephews, cousins, and an aunt, all throughout the country and has been a non-related member of the Bob and Leann Klostermann family of Breese since 1989. Plus, Kaytie leaves a large amount of special people she calls her “Military Family,” friends from around the world, including Ozzie Mullins of Decatur, AL.

She was member of the Eastern Star (OES) Papillion Chapter #114, Papillion, NE and Central Coast Star Chapter #97, Santa Maria, CA. Kaytie started her Masonic life with Job’s Daughters. She has been active in the UOAA (United Ostomy Association of America) having run the Mid-Hudson Chapter for 5 ½ years prior to relocating to Breese. After chairing the Salem Township Hospital’s Ostomy Support Group, she was appointed to the UOAA’s ASG Advisory Board in January 2009. She has been a member of the St. Louis UOAA’s ASG and was until recently a member of its leadership board. Kaytie was also a member of the Timmermann-Benhoff American Legion Post 252 in Breese, IL.

Memorials may be made to the UOAA at www.ostomy.org or Hospice of Northeast Missouri at www.hospiceofnortheastmissouri.org and will also be received at the funeral home.