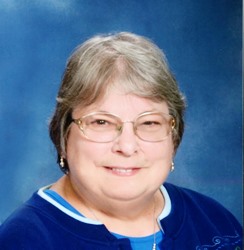 She was born September 23, 1943 in Breese, the daughter of the late Robert and Agnes, nee Huels, Blumenstein.

In addition to her parents, she was preceded in death by a son, Craig Boeing; brothers, Robert Blumenstein and Raymond Blumenstein; father-in-law and mother-in-law, Henry and Irene, nee Sautman, Boeing; and sisters-in-law, Jill Blumenstein and Mary Christ.

Mary graduated from Mater Dei High School in Breese and was a homemaker and farmer’s wife. She was a member of St. Rose Catholic Church and Ladies Sodality, and the Clinton County Farm Bureau. She enjoyed making floral arrangements, babysitting her grandchildren, and was known to always put others needs in front of her own.

A memorial mass and visitation will be held at a later date.

In lieu of flowers, plants, and other gifts, memorials may be made to the wishes of the family and will be received though Moss Funeral Home in Breese who is serving the family.