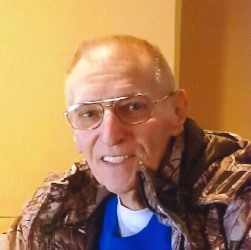 He was born March 15, 1938 in Centralia, the son of the late Charles Arthur and Tina Alice, nee Nicholes, Stock.

In addition to his parents, he was preceded in death by a sister, Shirley Wilson; and a brother, Charles Stock.

Mr. Stock was always self-employed. He started Mike Stock Remodeling in 1956 upon graduating from high school. Later, he started Better Built and moved his business to Beckemeyer. After selling Better Built, Mike bought, remodeled, and sold real estate throughout the area. He then started Evergreen Enterprises, where he developed Evergreen Pool and Spa Center, which his sons took over ownership. In addition, he built Main Street Saloon in Beckemeyer, which he later sold.

Mike loved his family and loved to be close to his children. He loved to make things happen. He enjoyed water skiing and partying. He also loved his corvette and belonged to the Little Egypt Corvette Club in Centralia.

All services will be private and interment will be in Beckemeyer City Cemetery.

Memorials may be made to the Village of Beckemeyer Parks and Equipment and will be received through Moss Funeral Home in Breese who is serving the family.