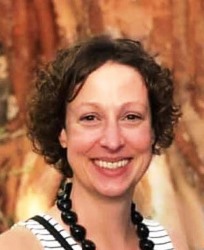 In addition to her parents, she is survived by her husband Jason Arter of Belleville, whom she married September 16, 1995 at St. Dominic Catholic Church in Breese; children, Jordan and Nathan Arter; siblings, Stephanie (Brian) Reynolds of Breese, Jessica Puglisi of Phoenix, AZ, and Robert Hinson, Jr. of Michigan; mother-in-law, Barbara, nee Fechtler, Arter of Breese; sisters-in-law and brothers-inlaw, Cindy Mollet of Port Orchard, WA, James (Suzanne) Arter of Breese, Jeffrey (Andrea) Arter of Aviston, and Josh Arter of St. Louis; and nieces and nephews.

She was preceded in death by her father-in-law, James Arter, Sr.; brother-in-law, Lester Mollet; and nephew, Jake Arter.

Monica graduated in 1992 from Central Community High School in Breese and received her bachelor’s degree in business from the University of Phoenix. She was currently employed at Centene Corporation in St. Louis as the Senior Director of New Business. Monica enjoyed off roading and going to the gym.

Private services will be held and interment will be in Ellwood Cemetery in Breese.

Memorials may be made to Chakota Therapeutic Riding Center and will be received through Moss Funeral Home in Breese who is serving the family.