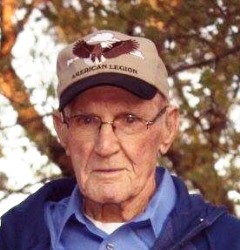 He was born July 15, 1931 at New Baden, the son of the late Henry and Lucille, nee Mensing, Holtmann.

Ralph was a sergeant in the United States Marine Corps tank division during the Korean War. He was a farmer at heart, and farmed until he was 82 years old. In addition, Ralph worked in civil service as a mechanic at the Scott Air Force Base Golf Course.

He was a member of St. Boniface Catholic Church in Germantown and a proud member of the Germantown American Legion Post 325.

A private graveside service will be held at St. Boniface Cemetery in Germantown.

Arrangements for a memorial mass will be announced at a later date, and full military honors will be accorded.

Memorials may be made to the Germantown American Legion Post 325 and will be received through Moss Funeral Home in Germantown who is serving the family.