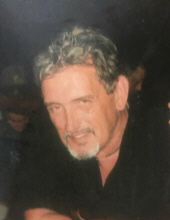 Scott Bunyard left this earthly existence on Saturday, November 16th, 2019 after a hard fought battle with diabetes. He will be deeply missed by his children Cherie, Shawn, and Garrett.

Scott was born March 16, 1951, in Vandalia, Illinois to Paul and Elaine (Greer) Bunyard. He grew up on the family farm south of Greenville, where his passion for farming and more specifically dairy farming began. As a young man, Scott was active in exhibiting Holstein Cattle at local, State and National Shows. He was also a successful breeder and marketer of Holstein Genetics. A bull bred by Scott and Paul named Bun-Yard Money Maker was leased to Curtiss Breeding Services of Cary, IL and sired well over 6000 daughters worldwide. Scott left farming and began selling insurance and real estate in the early 2000s. He continued selling real estate throughout his life as his health would allow with his final closing being just days before he passed.

Scott had a gift for making connections with others. He talked to everyone he met and through his persistent questioning often discovered a common denominator in this new friendship. He was known for his quirky sense of humor, quick wit, and unique ability to remember dates and historical events. He was a die-hard democrat and loved a lively political debate. He especially loved little kids and was never empty handed when meeting a youngster. His pockets were always full of suckers, gum, ring pops, bubbles and other trinkets making him a hero in the eyes of a child. His presence will be deeply missed.