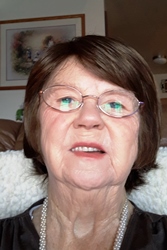 Shirley Ann Clark, age 77, of Greenville passed away Saturday, March 21, 2020 at her home. Services will be held at a later date.

She was preceded in death by her husband, her parents, and two brothers John Metzger and Raymond Metzger.