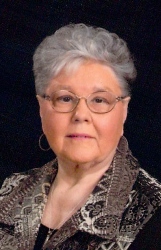 Abby is survived by her children – Nancy Stanfa (Perry), and Janet Laws (David), all of Carlyle; and Jim Beer (Leslie) of Morrisville, North Carolina; her seven grandchildren – Josh Stanfa (Nicole Holt) and Nikki Stanfa (Cole Erlinger), all of Carlyle, Katie Stanfa (Chase Lents) of Fairview Heights, Jon Laws (Brittany) of McCleansboro, Mandy Landers (Chase) of Salem, and Isaac and Addison Beer of Morrisville, North Carolina; her siblings – Donna Elliott (Ed) and Linda Richard (Barry), all of Columbia, Missouri; her in-laws – Rita and Gene Schuette of Nashville and Barb and Chuck Rolfingsmeier of Carlyle; and many nieces and nephews.

In addition to her parents and her husband, Mrs. Beer was preceded in death by an infant brother – Kenneth, and her special aunts, uncles, and cousins.

Abby was a member of St. Mary’s Church in Carlyle, where she served as a Eucharistic Minister and was a member of St. Ann Altar Sodality. She retired after over 50 years of dedicated work in the community. Abby enjoyed spending time with her family, especially her grandchildren. She loved following their activities and sporting events, and always looked forward to special lunches and dinners with her family and friends.

During her stay at the Carlyle Healthcare Center and Villa Catherine community, Abby made special friends with staff and residents. She loved playing bingo and the other activities while she was a resident there.

Private burial will be at St. Mary’s Cemetery in Carlyle. A memorial service will take place at a later date. Expressions of sympathy in memory of Mrs. Beer are suggested to Shriners Hospital for Children. Donations will be received through Zieren Funeral Home, PO Box 276, Carlyle, IL 62231. Online condolences may be shared with the family by visiting www.ZierenFuneralHome.com.