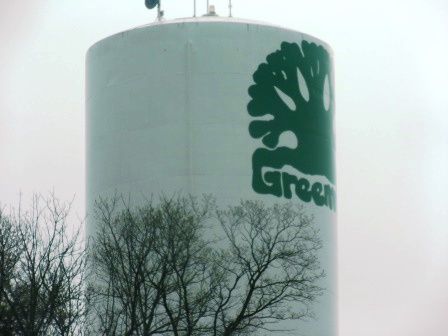 The City of Greenville’s water tower along Beaumont Avenue was recently repainted and the city’s industrial park tower is up next.

Tuesday night, the Greenville City Council approved the recommendation of City Manager Dave Willey to have Hanfland Painting of Sigel, Illinois, paint the industrial park tower at a cost of $302,000. The city’s new logo will also be applied to the tower.

The work will be done this year.

The contract was awarded without taking bids, so two-thirds of the council had to approve it. The motion passed 5-0.

Willey explained that when Hanfland painted the Beaumont Avenue tower, the next lowest bid for the work was nearly $155,000 more than Hanfland’s price. Willey said based on the previous bidding process, he was recommending the Sigel company for the painting work.