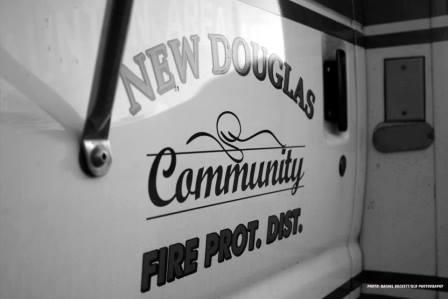 A home in the northwest part of Bond County was destroyed by fire Monday night.

New Douglas Fire District Chief Danny Robertson told WGEL the blaze had already burned the residence and when firemen arrived only a chimney was standing. He said the homeowner was not home when the fire occurred, and he has been displaced and is being assisted by the Red Cross.

According to Chief Robertson, the residence consisted of a wood-framed house with a mobile home attached. The cause of the fire has not been determined.

Firefighters were on the scene about five hours, after receiving the first alarm at 9 p.m.

Chief Robertson advised the residence was in the area of Mettlerville in the New Douglas District. He reported it took awhile to put out the flames as a backhoe had to be used to move debris.

There were no injuries.