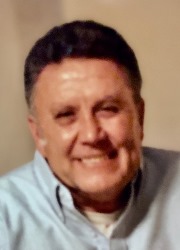 Kenny H. Dothager, 92, of Mulberry Grove, IL passed away Tuesday, April 21, 2020 at his home. Private graveside services will be accorded. Memorials may be given to the United Methodist Church, Mulberry Grove.

Kenny was born December 12, 1927 to Huber and Myrtle (Baldwin) Dothager in Roxanna, IL. He married Joyce L. Elmore on February 14, 1958 in Carbondale, IL. He is survived by his wife and many loving nieces and nephews.

Kenny grew up in the Pittsburg, IL community and attended the Pittsburg elementary and middle schools, moving on to Vandalia High School. He worked as a milk hauler and delivered cans to Pet Milk Company. He was a farmer, raised cattle, and delivered rock to people. In his younger years he enjoyed hunting game and mushrooms. He loved family gatherings and to talk and visit with people.