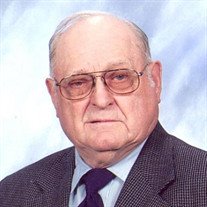 Mr. Bohn was born in Summerfield, IL and attended Summerfield Grade School. He graduated from Lebanon Community High School and then worked on the family farm until serving with the United States Army from 1954-1956. He worked for many years as a mechanic with truck lines in St. Louis, retiring from Yellow Freight System. Paul enjoyed hunting, fishing, and visiting with family and friends.

Private Services will be at Spengel-Boulanger Funeral Home in Highland, IL.

Memorial contributions may be made to Masses or Muscular Dystrophy Association.