Mulberry Grove firefighters responded to a train engine fire Wednesday around 9:35 PM. The fire occurred in the area of King Road and Rt. 40, between Smithboro and Mulberry Grove.

Mulberry Grove Fire Chief Matt Wall told WGEL the fire was caused by an equipment malfunction on the train and crews were on the scene for about an hour before they turned the scene over to the railroad company.

No one was injured.

The first call came in at 6:38 PM Wednesday for a timber fire in the 1300 block of Old Ripley Road north of Old Ripley. Fire Chief Dennis Lindley told WGEL a brush fire was moving into timber and the landowner had most of the fire knocked down when crews arrived. Fire personnel cleared some small trees and tended to some hotspots and were on the scene for about an hour. No one was injured and Shoal Creek fire personnel were on standby.

The second call came in Thursday morning at 6:27 AM as a grass fire at a residence in the 400 block of Stevenson Drive in Pocahontas. Chief Lindley told WGEL when crews arrived they found the siding on the home melted and charred. The homeowner told fire crews they had a candle burning and it had fallen overnight, catching their pillow on fire. The homeowner threw the pillow out a window and when they woke up, the pillow was burning grass and pine needles and had melted the siding on their home. No one was injured and fire personnel were on the scene for about an hour and a half.

These photos from the scene were shared by WGEL listeners… 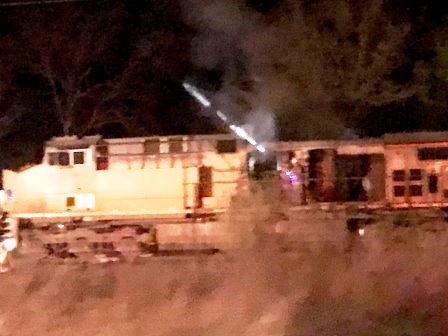 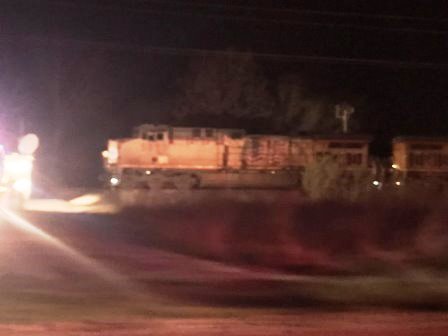 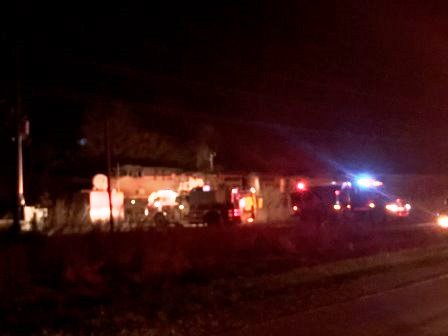