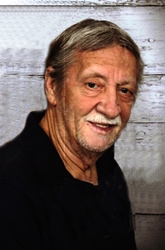 Donald L. Maxfield, 73 of Smiths Grove, Kentucky and formerly of Centralia, passed away on Tuesday, May 26, at his home.

Donald was born on March 6, 1947 in Centralia, IL, son of Francis “Max” and Ola (Hustead) Maxfield. He married Gayla Wiebler in Beckemeyer, IL and she survives.

He was preceded in death by his parents, two sisters and a brother.

Mr. Maxfield worked as a Union Carpenter and was a member of the Carpenter’s Local Union in Salem, IL. He also worked as a heavy equipment operator. Donald was a member of the Eternity Baptist Church in Centralia and had volunteered his time as a firefighter for the Centralia Volunteer Fire Department. He loved to hunt, fish, ride four wheelers, make things in his garage. Donald was teaching his granddaughter, Kyla, to use his carving tools.

Funeral services will be private, with burial at Beckemeyer Cemetery. Memorial donations and condolence cards will be received through Zieren Funeral Home, PO Box 276, Carlyle, IL 62231. Online condolences may be sent to the family by visiting www.zierenfuneralhome.com.