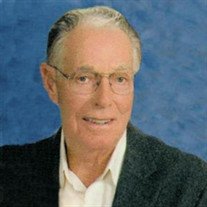 He was born and raised east of Highland on the family farm. From 1953 to 1955 he served with the US Army overseas during the Korean War. He worked a short time at Highland Machine; he then became a carpenter working for contractors in Highland, Leonard Keeven and later for Dale Widman for 20 years and retired in April of 1991. He owned and operated a grain and livestock farm most of his life, also owned and operated a sod business. He loved to play jokes, play cards, polka dancing, listening to country music, tinkering in his shed, an avid hard worker; and loved being with his family and friends. He was a volunteering person who was well known at the St. Paul Kirchenfest for all his help, VFW Fish Fries and all the help at St. Joseph Catholic Cemetery.

Private Funeral Arrangements are being handled by Spengel-Boulanger Funeral Home in Highland, IL.