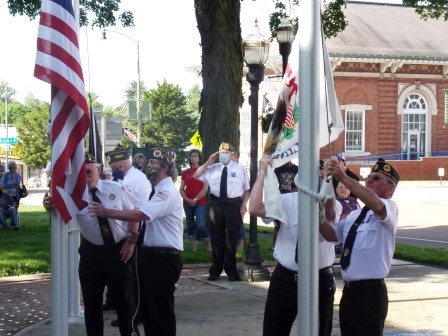 With approximately 100 people in attendance, the flags at the Bond County Veterans Memorial were changed during a brief ceremony on Memorial Day, Monday morning. 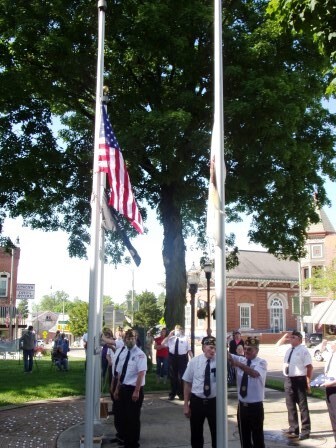 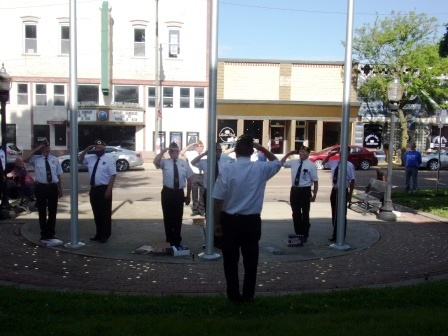 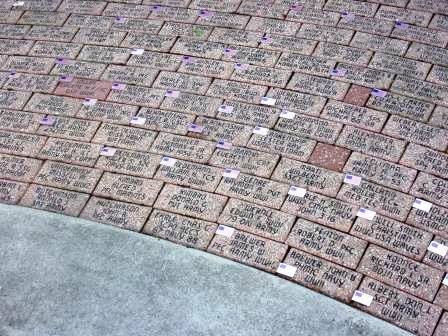 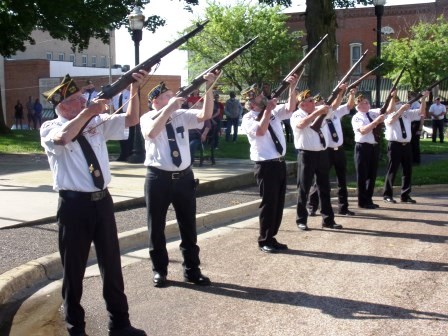 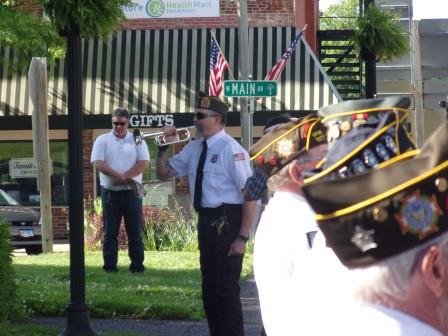 Tony Koonce, from AMVETS, told WGEL they tried to honor World War II veterans as much as possible this weekend, as it marks the anniversary of the end of the war in Europe.

Three bricks were added to the veteran’s memorial, which is located on the west courthouse lawn.

After the ceremony, AMVETS scholarships were presented to Kimberly Bone from Mulberry Grove High School (immediately below), and Kylie Sussenbach from Bond County Unit 2 High School (at bottom). 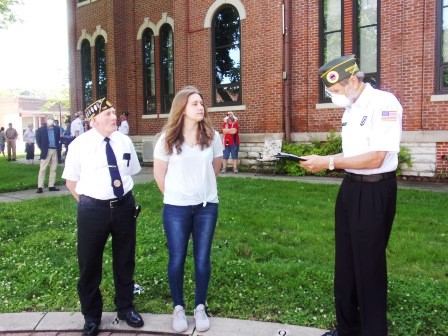 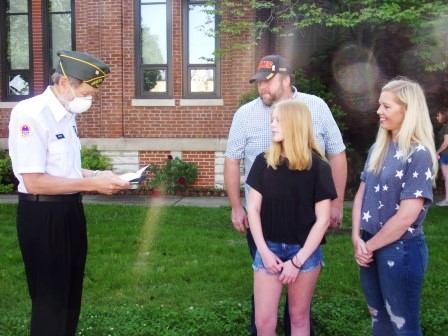