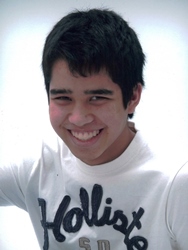 He is survived by his parents, sisters – Raquel Lemanski (Brian Tucker) and Shirley F. Lemanski, grandmother – Shirley A. Lemanski, niece and nephews – Bradley and Benjamin Jones and Averie Tucker, and several aunts, uncles and cousins.

He was preceded in death by his grandfather – Robert Lemanski Sr. and cousin – Gavin Twitty.

When Robby was younger he served at St. Mary’s Church for many years. Robby then went on and served in the United States Navy in Hawaii. He later worked at the Breese Journal. He was a very talented artist, he had a passion for drawing. He also enjoyed video games and computers. Robby loved to make everyone around him smile and laugh, he enjoyed telling the best jokes. Most of all he loved spending time with his niece and nephews.

Funeral services will be private, with burial at St. Mary’s Cemetery. Donations in memory of Mr. Lemanski are suggested to the Lemanski family. Memorial donations and condolence cards will be received through Zieren Funeral Home, PO Box 276, Carlyle, IL 62231. Online condolences may be sent to the family by visiting www.zierenfuneralhome.com.