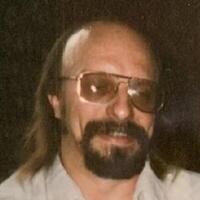 He was the son of Henry S. and Violet M. (Vallow) Harmon.

Tom and his wife Rebecca (King) were together for 36 years and were married on September 29, 1991.

Tom worked at Granite City Steel and had 43 years of employment with the Steel Company until retirement in 2014. He was a member of the United Steelworkers Union, Local 1063 in Granite City, IL.

In his spare time Tom enjoyed listening to music, reading comic books, and spending time with his puppy, Abby.

Tom was preceded in death by his parents: Henry and Violet Harmon.

It was Tom’s wishes and that of his family that he be an organ or tissue donor and that his body would then be cremated.

Due to the Covid-19 health concerns, a Celebration of Life Service will be held at a later date.

Should friends desire, memorial contributions in memory of Thomas H. Harmon Sr. can be made to the Family or to the Donor’s choice.

The Lesicko Funeral Home in Livingston, IL is privileged to take care of the arrangements for Thomas Henry Harmon Sr. and his Family.