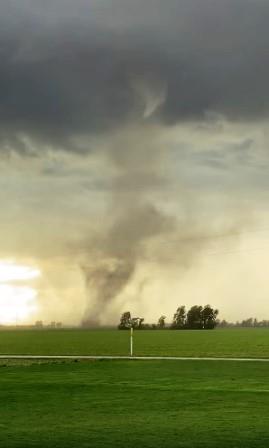 While the weather stayed calm in Bond County Thursday, that wasn’t the case in the areas around us.

The Chris-Mont Emergency Management Agency, which covers Christian and Montgomery Counties, reports a tornado spotted on the ground in Montgomery County Thursday at 5:44 PM. The twister was located approximately 1.5 miles southwest of the intersection of N 22nd Ave and Interstate 55 near Raymond. 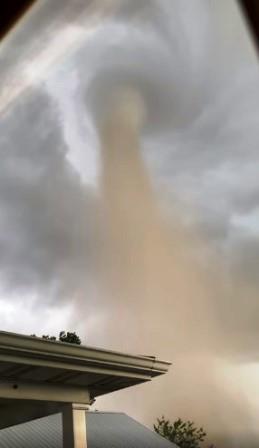 Chris-Mont Emergency Management Agency said the only damage reported was an out building which lost part of its roof and a larger machine shed which sustained damage to its door.

Sirens were activated in Raymond, Waggoner, and Farmersville as a precaution.

Chris-Mont EMA reported the tornado stayed on the ground for about 1.5 miles with a northeast movement and dissipated just before reaching I-55.