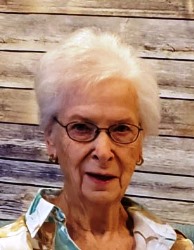 She was born April 1, 1934 in Bartelso, the daughter of the late Bernard J. and Elizabeth, nee Becker, Gebke.

Aggie formerly worked at Breese Nursing Home and was a member of St. Dominic Catholic Church in Breese.

A private memorial mass will be held at St. Dominic Catholic Church in Breese.

In lieu of flowers, plants, or any other gifts, memorials may be made to the Alzheimer’s Association, Heartland Hospice, or to the donor’s choice and will be received through Moss Funeral Home, 535 N. 5th , Breese, IL 62230 who is serving the family.