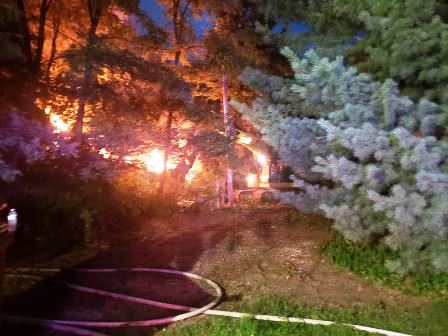 The Highland Fire Department was dispatched Sunday evening around 6:20 PM to a report of a structure fire in the 1700 block of Broadway.

Upon arrival crews were met with a two- story vacant residence with smoke and fire showing.

According to fire personnel, the structure had previously been condemned and is considered a high risk, no entry residence. All crews were ordered to operate defensively, with no one going inside the house, due to the high risk of collapse from an unstable structure.

Crews were met with many challenges, including the heat and humidity, trees and tall brush that had to be cut down in order for hose lines to be put in place, and thunderstorms that passed through the area.

A trackhoe was called to the scene to assist the crews in getting water on the fire by tearing open the walls of the structure.

Highland Fire Chief Brian Wilson told WGEL the fire is suspected to be suspicious and is being investigated by the State Fire Marshal’s Office. 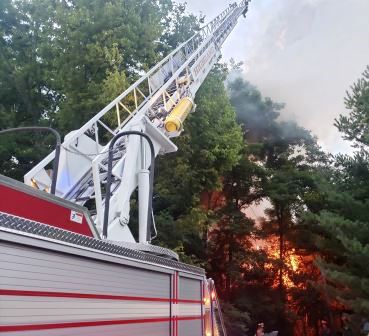 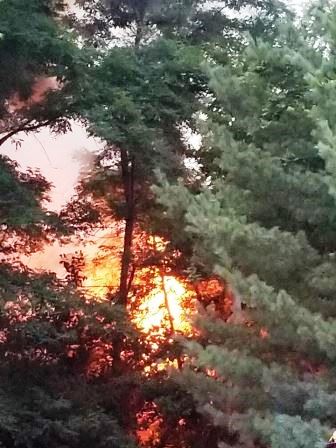 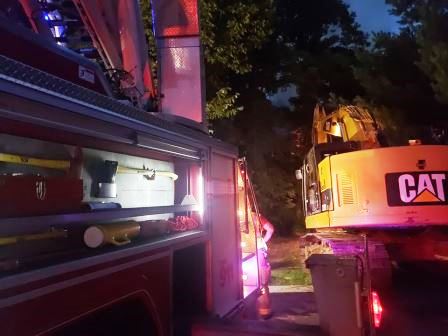 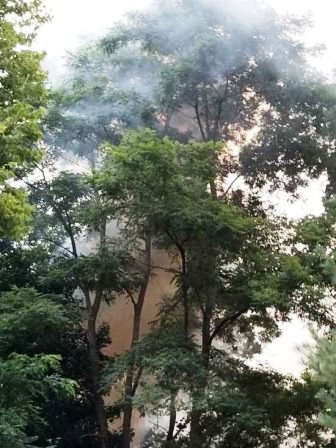 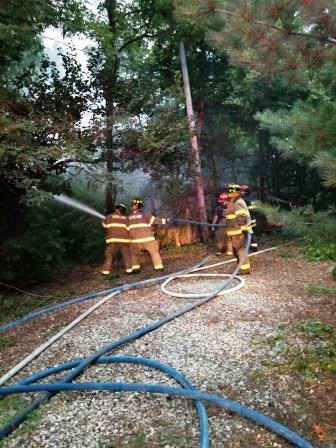 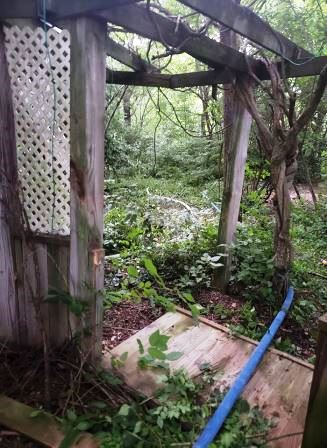 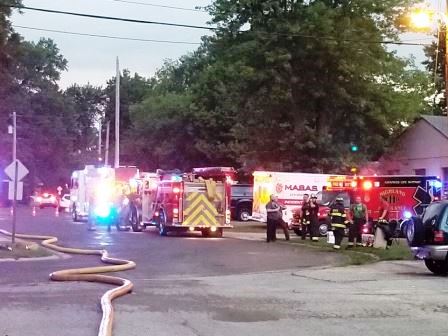 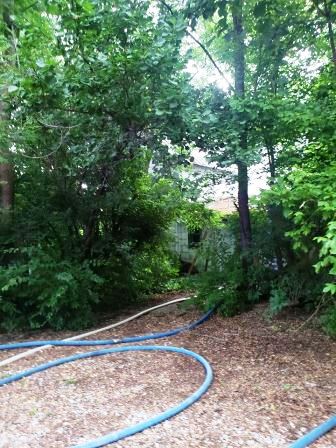 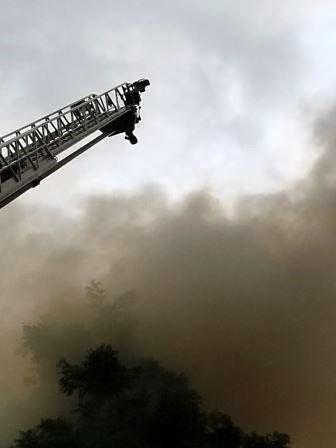 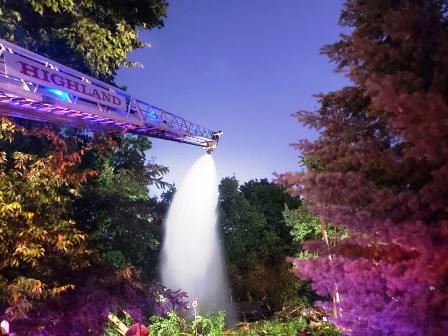