The City of Greenville is taking the plunge to construct a new water plant.

At its meeting Tuesday night, the Greenville City Council approved a motion to proceed with the plant, using the funding plan outlined by the city manager.

The big reason the city can proceed is it has received a 40-year loan of $14.2 million from Rural Development. The interest rate on the loan is 1.5 percent.

The total estimated cost for the project is $16.87 million.

City Manager Dave Willey is excited the new plant will become a reality. He said the commitment letter from Rural Development for the financing changed the ability to make the decision. Willey said between the loan commitment and reserves in the city’s water fund, they can feel good about moving forward and affording it without doing unnatural acts related to rates. He hopes to bid the project in the spring and have construction begin in the summer with a completion date 12-14 months later.

Click below to hear more from the city manager:

The city has cash reserves in its water fund of $3 million which will be used for the plant. Willey said that will reduce the amount to be borrowed.

Also Tuesday night, the council raised the minimum water rate by $1.28 to apply for a state Department of Commerce and Economic Opportunity grant of $550,000 for the new plant. The city’s current minimum did not meet one percent of the median household income, which is required to receive the grant.

The increase will be on the next water bill.

Willey reported the city has also applied for a Build Illinois grant of $5 million, which is competitive and has only $25 million available in the whole state. The city is also waiting for an invitation to apply for a federal EDA $500,000 grant.

Any grants received will reduce the amount to be borrowed.

The project budget shows the debt can be serviced using the regular consumer price index rate adjustments the city makes each year. For five years, beginning next May, the city will increase that by one percent, and then after five years the one percent will be taken off.

Willey said if the city receives the Build Illinois grant, the one percent increase would not be necessary. 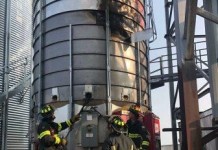 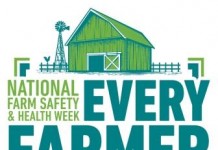