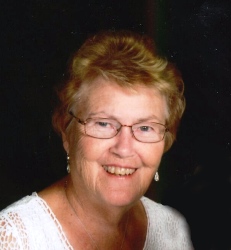 Darlene A. Billhartz, age 79, of Damiansville, died peacefully on Thursday, August 6, 2020 at her home surrounded by her loving family.

She was born February 14, 1941 in Albers, the second child of the late Martin and Leona, nee Wobbe, Toennies.

In addition to her parents, she was preceded in death by her sister, Marilyn R. Toennies; and brothers-in-law, Virgil Kreiter, Auggie Fehrmann, and Harry Nelson.

On October 25, 1960, she married her greatest love, Daniel F. Billhartz of Damiansville and they were a few months from celebrating their 60th wedding anniversary. Together they had three children, Lynn (Robert) Maue of Breese, Mark (Lynn) Billhartz of Highland, and Michael (Tricia) Billhartz of Breese.

Darlene was a loving wife, mother, and grandmother. In addition to caring for her family, she was a wonderful big sister to Marilyn, who lived with down syndrome. Darlene retired from Hospice of Southern Illinois in 2003 and she enjoyed camping and playing cards with her dear friends, traveling with her husband, crocheting, golfing, and baking. She never missed one of her grandkids’ sporting or school events, they were her greatest pride and joy. Darlene always looked forward to and enjoyed her annual birthday gambling trips with her brothers and their spouses.

Memorials may be made to Hospice of Southern Illinois or to Mater Dei Catholic High School and will be received at the funeral home.