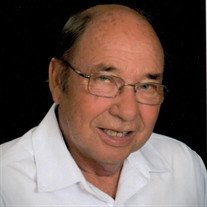 He was a member of United Methodist Church – Pocahontas, IL. He was also a member of Gordon Masonic Lodge #473 in Pocahontas and Ma Cli Bo Shriners .

George was born and raised on a farm, which is now a Family Centennial Farm. He graduated Greenville high School and continued to farm. He worked as a general contractor and later started his own business, G. Shaw Construction. After retirement he became the Building and Zoning Administrator for Bond County, the Village of Pocahontas and Sorento. George enjoyed getting out in the woods, hunting, restoring a 55 Chevy and a John Deere tractor.

Funeral services will be at 1:30 PM on Tuesday, August 25, 2020, at Greene Cemetery in Pocahontas, IL, with Rev. Ray Snider officiating.

Memorial contributions may be made to Shriners Hospitals for Children or United Methodist Church in Pocahontas, IL.