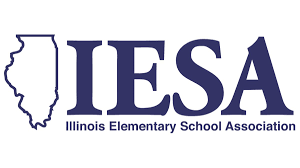 Sports are back at the junior high level.

The Illinois Elementary School Association Board of Directors has reversed its previous decision about baseball, softball, golf and cross country.

The board met again after Illinois Governor Pritzker released a new all-sports COVID-19 guidance plan, which included the risk level for all sports.

Based on that, the four fall sports previously mentioned are at the low risk level, meaning practices and interscholastic games can be held.

The IESA is allowing the four sports for a regular season of games and limited state series.

Baseball, softball and cross country can begin practicing on August 3 and the first games or contests can begin on August 15. Any contests previously scheduled before August 15 need to be cancelled.

The IESA indicated the start date is mandated by the governor’s office.

A regional-only level of the state series for baseball and softball will begin the week of September 21.

Girls’ basketball at the junior high level has been a fall sport, with practices beginning the end of August.

The IESA has changed that season for this school year. Practice can begin on March 8 with games starting March 20 and the regional the week of April 26.

No decision has been announced regarding the future for competitive cheerleading.