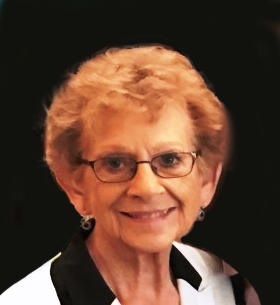 She was born September 19, 1937 in Trenton, a daughter of the late Edward and Philomena, nee Huelsmann, Kniepmann.

Rita retired from St. Joseph’s Hospital in Breese after 29 years in food service and formerly worked in the cafeteria at All Saints Academy in Breese. She was a member of St. Dominic Catholic Church in Breese. Rita enjoyed butterflies, working in her yard, traveling, arts and crafts, sewing, baking, cooking, and most of all spending time with her grandchildren and great-grandchildren.

Memorials may be made to Residential Hospice or the Cedarhurst of Breese Activity/Entertainment fund and will be received at the funeral home.