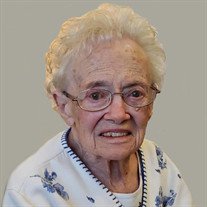 Born at Horton, KS; grew up in the Alton, IL area and later lived in New Douglas. After marriage they lived in Alhambra. She worked for various nursing homes as a CNA and later as a cook. She retired as a cook from Hampton’s Nursing Care, Alhambra. She enjoyed sewing, quilting, cooking, flower and rose gardens. Loved her time with her grandchildren and always had cookies for the neighborhood children.

Interment will be at Harris Cemetery in Alhambra, IL.

Memorial contributions may be made to First Baptist Church or Harris Cemetery.