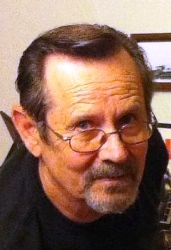 He is survived by his children Ricky (Niki) Lallish of Highland, IL; William (Connie) Lallish of Anchorage, AK; and Robert (Nanette) Lallish of Fairview Heights, IL. He is also survived by nine grandchildren and nine great grandchildren, as well as his brother Danny (Margaret) Lallish of Raymond, IL and brother-in-law John Smith of Florida. He was preceded in death by both of his wives, his parents, a brother Ernest Chrisman, and a sister Jackie Smith.

He grew up in Vandalia, IL and graduated from Vandalia High School. He entered the U.S. Air Force on June 12, 1961 and retired as a Technical Sergeant after 20 years of service on June 30, 1981. After the military, he worked at Carlisle Syntec Systems in Greenville, IL. He was member of Vandalia American Legion Post 321 and the Greenville Church of Christ.