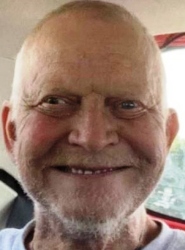 Darrell R. Baldwin, age 63, passed away Saturday, September 12, 2020 at his daughter’s home in Grantfork, IL. No services are planned. Memorial contributions are suggested to the charity of the donor’s choice.

He had lived in West Virginia and Iowa. He worked as a welder in the coal mining industry and moved to Grantfork recently.