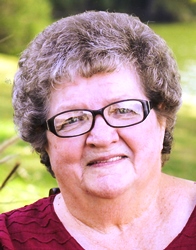 She graduated from Collinsville High School in 1961. She then attended Brown’s Business College and graduated as an IBM operator and teacher. After her marriage she and her husband resided on the family farm on Hookdale Avenue, Keyesport, IL Lilia is a member of St. Lawrence Catholic Church where she taught religion for 35 years. She also a member of The Antique Machinery Club and The American Farm Heritage Museum.