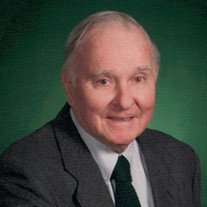 He was a native of Missouri and attended schools in Missouri, Iowa and Nebraska before graduating from Plattsmouth Nebraska High School in 1948. In 1952 he began working for Graybar Electric Company. He was active in the formation of the Greater New Orleans Association of Christian Churches, formulated in 1959. In 1964 he graduated from Texas Christian University and was on the Dean’s list. He continued on the Dean’s list while attending Brite Divinity School. He was ordained June 4, 1967 at Gentilly Christian Church, New Orleans, LA and received his Bachelor of Divintiy degree with honors. He was then called to serve First Christian Church, Albia, IA, until Sept. 1971, then called to worship at First Christian Church, Davenport, IA. In 1974 he returned to Graybar Electric, St. Louis, while residing in Webster Groves, MO and retired in July of 1994. On Nov. 13, 1977 he was installed as pastor of the First Christian Church, Marine, IL and served as pastor for 24 years. He and his family moved to Marine in June of 1978. He enjoyed cutting firewood and ice cream.

Memorial contributions may be made to United Church of Christ of Marine or HSHS Hospice.