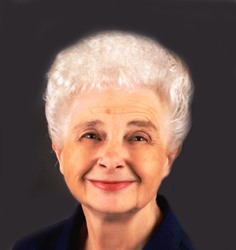 She was born January 14, 1941 in Trenton, the daughter of the late Henry and Elizabeth, nee Nordman, Fischer.

In addition to her parents, she was preceded in death by a brother, Rev. Henry J Fischer; and brothers-in-law, Larry Theising, Von Wheeler, and Arlo Millican.

Rita formerly worked at Germantown Trust and Savings Bank in Bartelso and Community Bank of Trenton. She was a member of St. Boniface Catholic Church and Altar Sodality in Germantown, Mater Dei Mothers and Friends, former religion teacher, Girl Scout Leader, and Boy Scout Den Mother. In addition, Rita volunteered at Aviston Countryside Manor, was the dining room hostess at the church picnic for many years, and was an avid blood donor. She enjoyed playing cards, traveling, playing jokes on her family at Christmas, going to her grandchildren’s sporting events, and spending time with her family.

Memorials may be made to Mater Dei Catholic High School, Heartland Hospice, or in the form of Masses and will be received at the funeral home.