Those new cases push Bond County over the 500 threshold, with a county to date total of 516.

43 COVID-positive individuals are currently in isolation. 143 of their close contacts are quarantined.

Three people are currently hospitalized with the virus.

Ten people have died from the virus since the pandemic began.

A total of 21,725 tests have been administered in Bond County to individuals ranging in age from less than one to 106. Those who have tested positive are between the ages of two and 94. 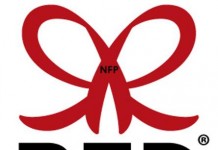