Beginning in 2021, the majority of Bond County will be receiving ambulance service from another entity.

At the conclusion of a 25-minute executive session Tuesday night, the SSD board voted to sever its contract with HSHS, effective December 31.

The vote on the motion to end the contract was approved 5-0. The SSD board consists of the same men on the Bond County Board.

The SSD board met in closed session several times in recent weeks to discuss the ambulance contract.

Board Chairman Wes Pourchot told WGEL the two sides could not reach a financial agreement on a new contract.

He said in the past year, three other ambulance services have met with the board to present services they could offer.

According to Pourchot, the board is currently in discussions with one of those services and it would be able to begin operations in Bond County by the first of the year.

Pourchot said even with a different ambulance service, local residents would still be able to be taken to HSHS Holy Family Hospital.

The Special Service District was formed to provide ambulance service to all areas of Bond County, except the Pocahontas-Old Ripley Fire Protection District, which has its own ambulance service. The SSD’s revenue comes from property taxes. 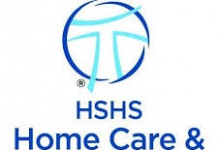