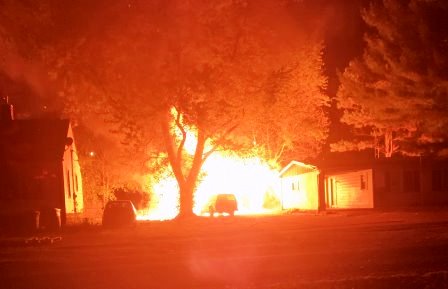 A garage and car were a total loss in a fire on Alice Street in Greenville early Sunday morning. Adjacent property also sustained damage.

The garage fire was reported at 4:42 AM Sunday in the 500 block of Alice Street. Greenville firefighters arrived to find the garage fully engulfed in flames. Mutual aid was provided by Mulberry Grove and Smithboro fire personnel.

Firefighters were on the scene for about five hours. Bond County EMS responded, but according to the fire report, there were no injuries.