Sparks from a passing train are believed to have started a huge field fire around Coffeen and the surrounding area Saturday afternoon. Shoal Creek fire protection district received the first call around 1PM Saturday afternoon. Before the fire was put out it would burn hundreds of acres and burn a swath 4 miles wide and 7 miles long.

According to Shoal Creek Chief Kent Priddle, 1 home was lost on 6th street in rural Coffeen. The home was a total loss and was occupied, but residents evacuated the home and were not hurt.

1 firefighter from Shoal Creek was taken to the hospital after embers blew into his eyes. Priddle said the firefighter was treated, eyes were flushed and he was released and expected to be ok.

A call was made for farmers in the area to disc land around the fire to help it from spreading. About 9 farmers responded and worked to help keep the fire from spreading.

It was around 11PM when the last of the hot spots were being extinguished. With much of the fight happening after it was dark more will be known today as the ground is surveyed, and firefighters will be working to keep any rekindling from happening.

WGEL radio will have more information as it’s known and released. Multiple fire departments responded for mutual aid, including Greenville. Greenville fire fighters arrived just before 2PM and were on the scene till after 11PM. 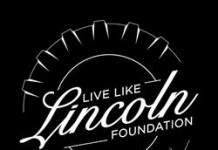