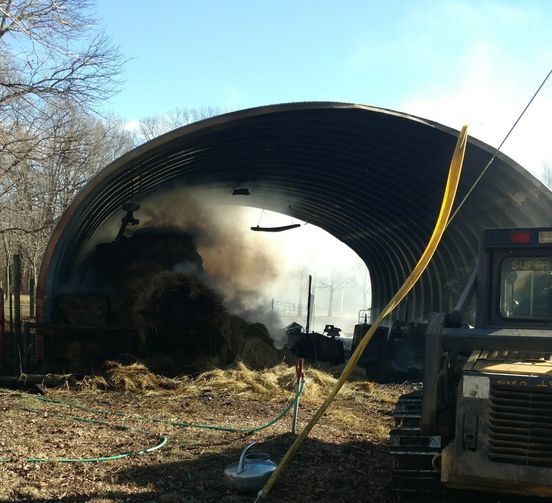 Shoal Creek Fire Chief Kent Priddle said small garden tractors, eight large bales of hay and lumber were among the items that burned. He reported the building sustained some heat damage, but due to its construction, it is still standing.

Chief Priddle said the exact cause of the fire was not determined, but it is believed it might have been electrical.

Firemen from the Shoal Creek, Pocahontas-Old Ripley and Greenville fire districts were at the scene.

Priddle said because of the hay bales, they were there about four hours. The property owner used a piece of equipment with forks to move the bales out of the building, then the bales were broken apart so they could be doused with water.

The Highland Fire Department was paged to a house fire in the 400 block of Walnut Street Monday at 1:24 PM. 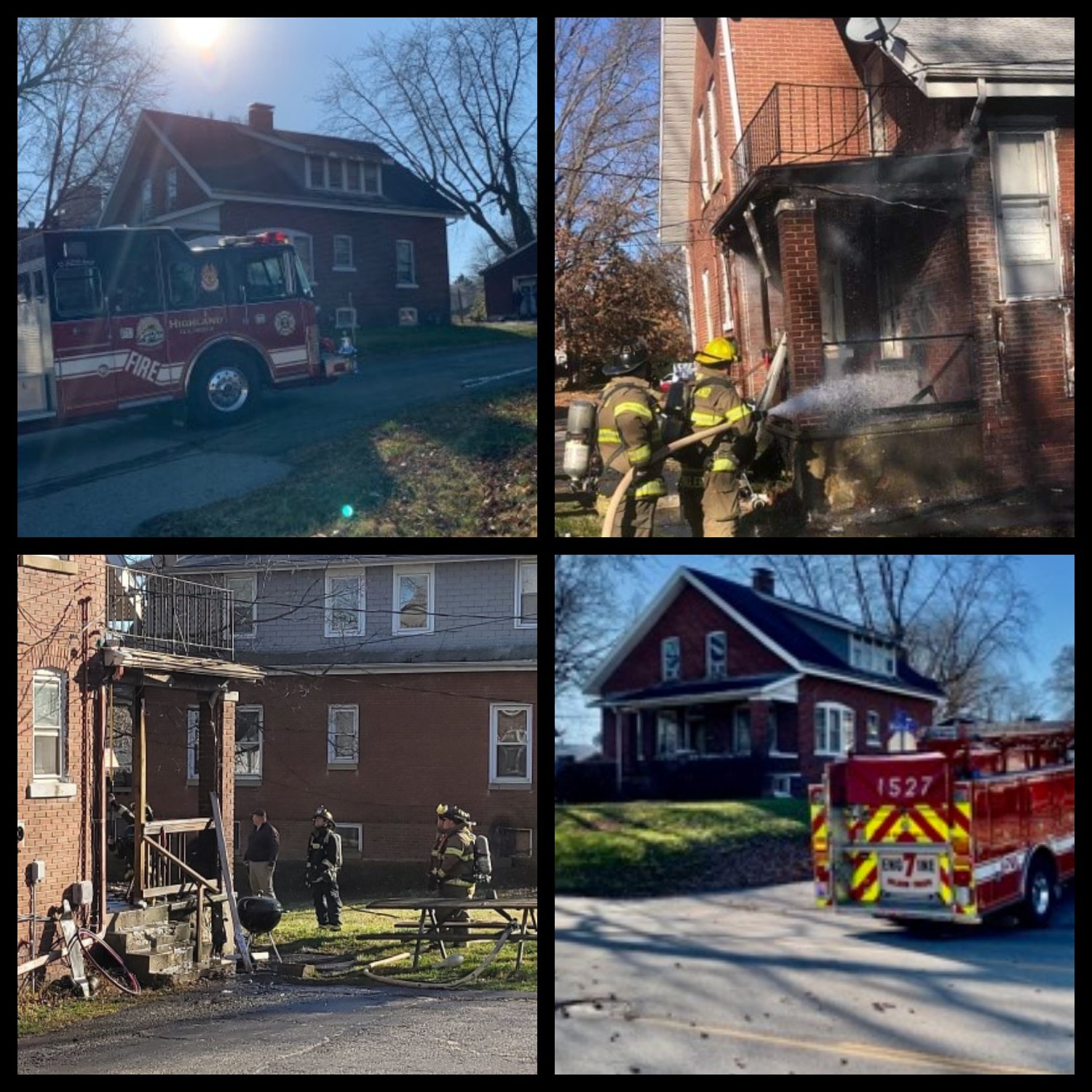 Upon arrival, fire units found smoke and fire showing from the rear of the building, which was found to be a fully involved porch area.

Fire crews were able to keep the fire contained to the porch area and minimal damage was done to the structure.