Correctional Officer Josh Manning was the recipient of the Corrections Division Employee of the year. C/O Manning’s nomination letter stated that even though he is a newer employee he demonstrates his knowledge of his duties on a daily basis and assists others. C/O Manning was also complemented for his command presence within the jail with up to 58 detainees.

Deputy Kurt Eller was the recipient of the Patrol Division Employee of the Year. Deputy Eller’s nomination letter reflected his work ethic while being an over 20 year Law Enforcement veteran. His desire to keep the citizens and visitors of Montgomery County safe is evident. When there is a mission to be completed Deputy Eller does not stop till the mission is complete.

The overall and Telecommunications Division recipient of employee of the Year was respectfully presented to Telecommunicator/911 Coordinator Ed Boyd. T/C Boyd within this year became the Montgomery County 911 Coordinator along with his daily duties as a Telecommunicator. T/C Boyd has led the charge in the upgrades with the 911 equipment within the Sheriff’s office communication center. The project is nearing completion and his dedication and willingness to learn a new position was recognized. Without T/C Boyd our 911 system would not be what it is today while 911 remains in Montgomery County.

Montgomery County Sheriff Rick Robbins said, “I cannot thank each of these recipients enough for the dedication and professionalism shown over the year. It makes the profession of being your Sheriff much more endurable.“

May Is National Stroke Awareness Month 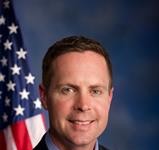